Jeddah Tower: What does the world's next tallest skyscraper look like now?

These are the images that show what will soon be known as the world's next tallest building rising from the desert. When the 3,280-feet-tall (1,000-meter-tall) Jeddah Tower, in Saudi Arabia, opens in 2020, it will knock Dubai's iconic Burj Khalifa off its throne as the tallest skyscraper in the world by 236 feet (72 meters). Construction of the landmark is estimated to cost $1.4 billion.

When CNN visited the site at the end of 2017, the tower was 252 meters (826 feet) high and already had expansive views of the kingdom.

The tower will be the crown jewel of Jeddah Economic City, a commercial and residential project of 57 million square feet (5.3 million square meters), that will feature homes, hotels and offices, as well as tourist attractions.

But the project hasn't been smooth sailing.

There have been various delays since construction began in 2013. Since November 2017, two of the project's most prominent backers -- Saudi Arabia's Prince Al-Waleed bin Talal, a prolific investor and businessman, and Bakr Bin Laden, chairman of Jeddah Tower's construction company Bin Laden Group -- have been caught up in the kingdom's anti-corruption purge, which saw hundreds questioned on accusations of corruption.

Jeddah Economic Company, the developer behind the skyscraper, however, has confirmed to CNN that the project will be completed by 2020, as scheduled.

While today the site is surrounded by desert, upon completion the tower will be the center of the Jeddah Economic City development.

Other facilities include a five-star Four Seasons Hotel and 97 affiliated serviced apartments, including seven duplexes. Offices will account for seven floors, where there will be four "residential tiers" that will include 325 apartments.

The elevators will reach a record height of 2,165 feet (660 meters), while the double-decker lifts that take visitors directly to the observation deck from Level 1 of the building can travel at 12.5 miles per hour. In other words, they can shuttle guests to the deck, accessed from the 157th and 158th floors, in 66.5 seconds.

We are creating an independent city ... It's changing the mindset of Jeddah.

"When you first arrive at the tower, you are already 20 meters above sea level," explains Jomah. "Therefore, it's like every floor is a different experience (in) that building."

The developers believe Jeddah Tower will be a game-changer for the area, which has traditionally acted as a gateway to the holy cities of Mecca and Medina.

"Before (the tower) was here, this was not considered a place that people would live," says Hisham Jomah, chief development officer of Jeddah Economic Company. "We are creating an independent city ... so that you don't have to leave here," he adds. "It's changing the mindset of Jeddah."

"Building a tower of this kind, of this grandiosity, is really something I wouldn't have thought I would do," says Hammoud.

"Jeddah is going to be repositioned on the international scene of modern cities," he adds. "You speak about downtown Dubai -- and now we're going to have downtown Jeddah."

Jeddah Tower's construction fits into Saudi Vision 2030, a government plan that aims to diversify the economy in the kingdom and reduce its dependence on oil.

"Vision 2030 is the development strategy of the project ... this is the instruction we have given to the architects and to the urban planners," explains Hammoud.

Yet the ultimate goal is to raise the city's status as a global power player.

"The Egyptians, they built the pyramids. In medieval France, they built all these huge cathedrals and churches. And in modern times, they built New York, Chicago. So really, it's a token of strength and ingenuity," he says. "Like in every city: after money, after power, you want strength.

"After strength, you want to establish something, leave something for the world. And today, Jeddah is going to have a building which, many generations to come will talk about it." 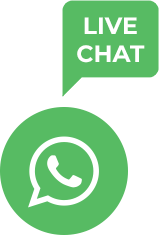